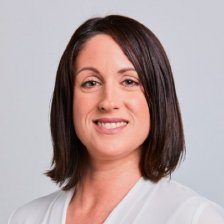 Kelly has worked in the intelligence analysis field for 20 years, specialising in OSINT and social engineering methodology. She joined South Wales Police in the UK as part of a first intake of 13 divisional crime analysts in 2001, before being promoted in 2005 to investigate serious and organized crime across the Wales region. In 2011, Kelly left the public sector – and the UK – to transition into the private sector in the Netherlands. In the subsequent nine years, in becoming Investigations Manager, she contributed to the establishment of a highly successful anti-piracy/content protection department, responsible for the team’s investigation of digital threats to TV, movie, sports and gaming media rights holders. During this time she successfully earned her Certificate in Information Security Management (CISM).

Utilising a period in threat intelligence to build on her technical knowledge of cyber security threats, Kelly now holds the position of Investigations Manager (EMEA) for the Motion Picture Association (MPA) and Alliance for Creativity and Entertainment (ACE). Here, she is responsible for the identification and disruption of entities that infringe upon high value TV and movie content, also liaising with legal entities, on behalf of content rights holders, These include well-known streaming providers and international movie studios.

Kelly balances her commitment to formal standards and processes in intelligence management and evidence collection, with mentoring the exciting next generation of analysts in “getting the bad guys”!

You can find Kelly Pereira speaking on...