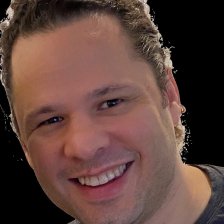 Raviv has pioneered and disrupted several domains in Cybersecurity including:

Network Access Control and Web Behaviour Analytics. As part of his R&D work in ING he co-founded the CodeFix and PurpleAI innovation initiatives.

Specialising in Application Security, Raviv has blogged, lectured, and released open-source tools used by tens of thousands of hackers.

Including R.U.D.Y that appeared on the tv show Mr. Robot.

You can find Raviv Raz speaking on...

Presentation: Will AI Disrupt the Future of Cyber Security?